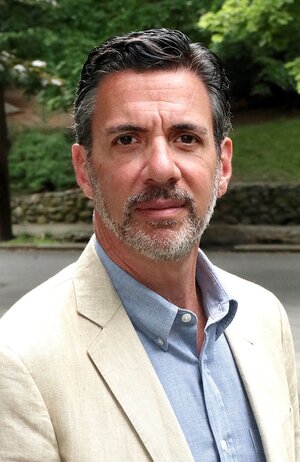 Mitchell Zuckoff on 9/11: Refusing to Succumb to Hate

The 20th anniversary of the attack on Pearl Harbor came and went with little fanfare.

A memorial service in Hawaii featured minor politicians, Gold Star mothers, and 108 New England survivors of the raid who flew from Boston to honor the dead. President John F. Kennedy told a union convention in Miami that the day was a reminder “that this nation is a leader, a teacher, and a doer of unsurpassable deeds.” Then he focused on foreign trade.

Editorial writers reflected on how much had changed — for the better — since the cataclysmic event that launched the United States into World War II.

“The old hates are dead,” it continued. “We gain little by new hates. On this day of memories there is no value in resentments against whole peoples.”

The world was no paradise in 1961. The Cold War was in full swing, and the Berlin Wall had just risen. An ugly war was gaining steam in Southeast Asia, and domestic bliss in the United States was a privileged myth soon to be exploded by assassinations and civil rights struggles.

Yet something profound had changed over the previous 20 years: Although Pearl Harbor remained a deep wound in the national psyche, it had been allowed to heal.

What a difference from today, as we approach the 20th anniversary of Sept. 11, 2001 — day one of a war on terror that would not pause, much less end.

I’ve been living with 9/11 since the day itself, when I wrote the lead story about the attacks for this newspaper with help from numerous colleagues. Later, for a book, I spent years listening to, and sometimes crying with, hundreds of survivors, victims’ family members, heroic responders, military and government officials, witnesses, and others, many still scarred physically and emotionally.