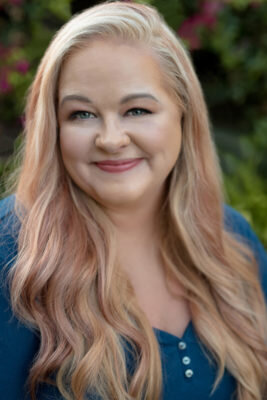 In her many New York Times and USA Today best selling novels, Kate Quinn showcases her life long penchant as a history buff and reveals the life, laughter and humanity of the human experience.

Kate Quinn has written four novels in the Empress of Rome Saga, and two books in the Italian Renaissance, before turning to the 20th century with New York Times bestsellers The Alice Network and The Huntress (see book trailer below). With authors Stephanie Dray, Laura Kamoie, E. Knight, Sophie Perinto and Heather Webb, Quinn contributed to an epic collaborative novel on the French Revolution, Ribbons of Scarlet.

In the summer of 2017, Reese Witherspoon selected The Alice Network for her book club, and it was also selected as an Amazon Best Book of the Month, a GoodReads Best Books off the Month, and an NPR Best Book of the Year. The Huntress has earned similar accolades, and was recognized as a February Library Reads pick, a March Indie Next Pick, and one of Marie Claire’s Best Women’s Fiction Books of the Year.

Kate has always been a history lover, and seeks to show the life, laughter and humanity that runs through our common past. She’s a native of Southern California, and attended Boston University, where she earned a Bachelor’s and Master’s degree in classical voice. Today she lives in San Diego with her two rescue dogs named Caesar and Calpurnia, and enjoys opera, action movies, and the Boston Red Sox.

To inquire about booking Quinn get in touch with us today!