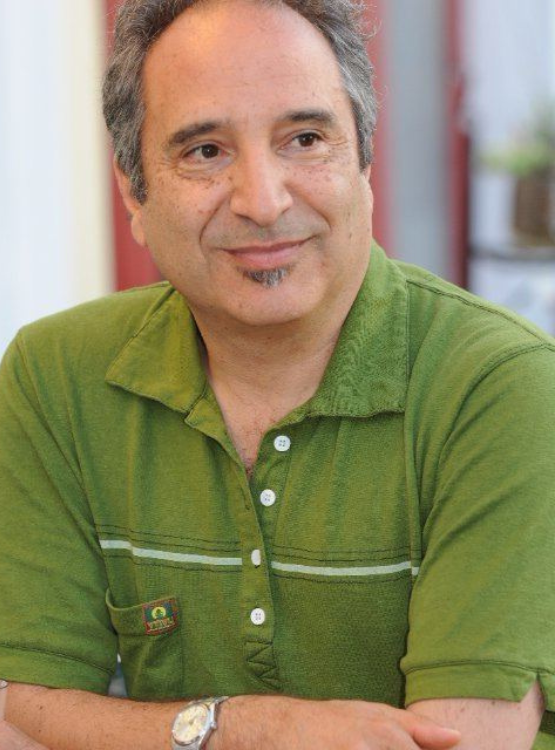 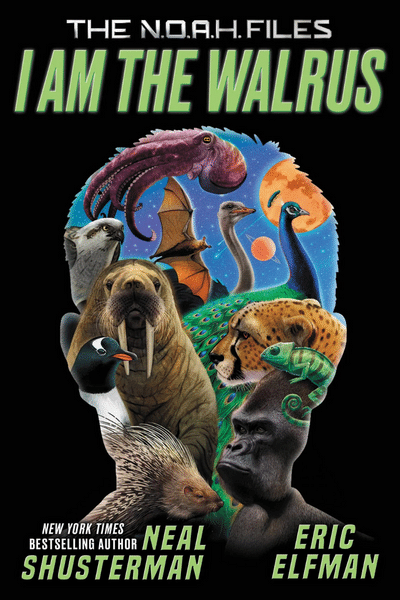 “Lively, intelligent prose elevates this story of teenagers versus mad scientists, the third-person point of view offering a stage to various players in their play of galactic consequence. A wild tale in the spirit of Back to the Future, with a hint of Malamud’s The Natural tossed in.”—Kirkus Reviews

Eric Elfman is the author or co-author of fourteen books for kids and adults, including the award-winning Middle Grade Accelerati trilogy from Little Brown, co-written with Neal Shusterman; and Almanac of the Gross, Disgusting & Totally Repulsive (named an ALA Recommended Book for Reluctant Readers) from Random House. His latest book, I Am the Walrus, also co-written with Neal, is a comic sci-fi/ fantasy adventure inspired in equal parts by Jay Ward and Douglas Adams, names that will probably mean nothing to the middle graders the book is aimed at, but will hopefully register with their parents or grandparents! It will be published by Little Brown in April 2023.

Eric has spoken on writing at many SCBWI conferences and events, has been a panelist at the San Francisco Writers Conference, and has served on the faculty of the Big Sur Children’s Writing Workshop for several years. As a screenwriter, he has written for a number of Hollywood studios, including Dreamworks, Universal Studios, and Walden Media. Eric and Neal co-wrote a TV adaptation of Tesla’s Attic for Disney TV.

Also a private writing coach, Eric has a number of award-winning and New York Times bestselling authors among his clients. 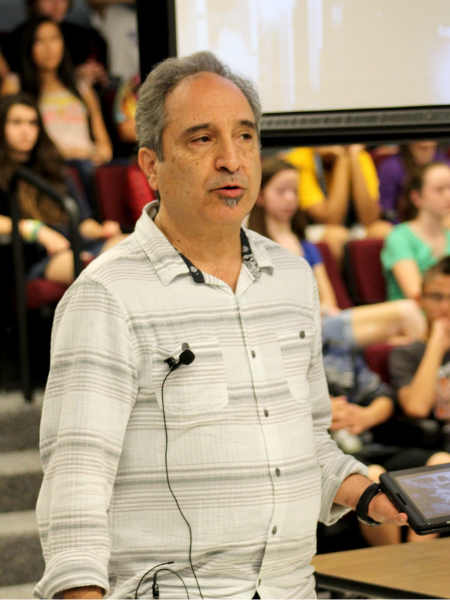 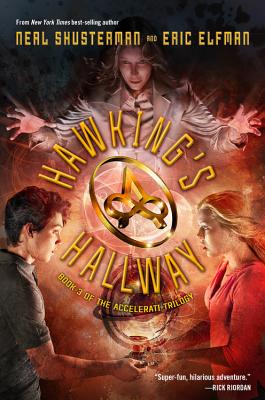 Readers who enjoy strange science, quirky humor, and out-of-this-world plot twists will be captivated by this third and final book in the electrifying Accelerati Trilogy from New York Times bestselling and award-winning author Neal Shusterman and author/screenwriter Eric Elfman.

Nick Slate, in order to protect his father and little brother, reluctantly must help the Accelerati complete Tesla’s great device. Their power-mad leader wants nothing less than to control the world’s energy — but there are still three missing objects to track down.

Nick’s friends can’t help him, as they are spread across the globe grappling with their own mysteries — with Vince in Scotland, Caitlin and Mitch on their way to New Jersey, and Petula’s whereabouts unknown. On his own, Nick must locate Tesla’s final inventions — which are the most powerful of all, capable of shattering time and collapsing space. 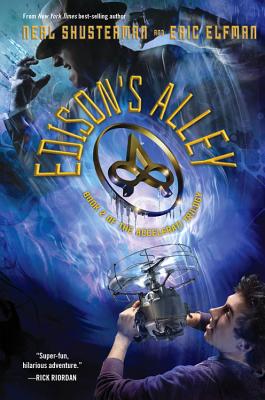 Readers who enjoyed the strange science, quirky humor, and out-of-this-world plot twists in Tesla’s Attic will be captivated by this second book in the electrifying Accelerati Trilogy from New York Times-bestselling and award-winning author Neal Shusterman and author/screenwriter Eric Elfman.

Fourteen-year-old Nick has learned that the strange antiques in his attic bedroom were left there by the eccentric inventor Nikola Tesla. They are pieces of Tesla’s Far Range Energy Emitter, capable of transmitting “free energy” to the globe. Some components of the contraption are still missing, but the objects themselves seem to be leading Nick and his friends to their current owners.

However, members of the Accelerati, a menacing secret society of physicists, are on the hunt too, and their brazen leader, Dr. Alan Jorgenson, will stop at nothing to foil Nick and steal the objects. It takes a dangerous build-up of electromagnetic energy in the atmosphere to reverse everyone’s fortunes–and lead Nick to his destiny. 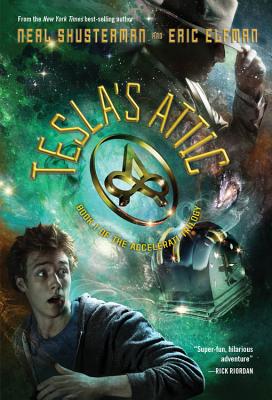 Fans of intrigue, action, humor, and nonstop surprises are guaranteed an adventure unlike any other in Tesla’s Attic, Book One of the Accelerati Trilogy, for readers of “Rick Riordan’s Kane Chronicles or Kenneth Oppel’s Airborne” (Booklist).

After their home burns down, fourteen-year-old Nick, his younger brother, and their father move into a ramshackle Victorian house they’ve inherited. When Nick opens the door to his attic room, he’s hit in the head by a toaster. That’s just the beginning of his weird experiences with the old junk stored up there. After getting rid of the odd antiques in a garage sale, Nick befriends some local kids–Mitch, Caitlin, and Vincent–and they discover that all of the objects have extraordinary properties. What’s more, Nick figures out that the attic is a strange magnetic vortex, which attracts all sorts of trouble. It’s as if the attic itself has an intelligence . . . and a purpose.

Ultimately Nick learns that the genius Nikola Tesla placed the items-his last inventions-in the attic as part of a larger plan that he mathematically predicted. Nick and his new friends must retrieve everything that was sold at the garage sale and keep it safe. But the task is fraught with peril-in addition to the dangers inherent in Tesla’s mysterious and powerful creations, a secret society of physicists, the Accelerati, is determined to stop Nick and alter destiny to achieve its own devious ends. It’s a lot for a guy to handle, especially when he’d much rather fly under the radar as the new kid in town. 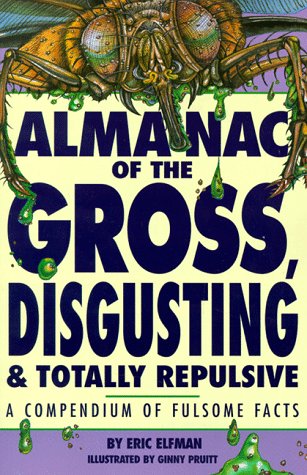 Almanac of the Gross, Disgusting & Totally Repulsive: A Compendium of Fulsome Facts

Random House |
Middle Grade Horror
Illustrated in black-and-white. Here’s a delightfully disgusting look at everything you ever wanted to know about body waste, germs, creeping cuisine, cyrogenics, and other totally repulsive facts. Middle graders will gag with glee when they get their hands on this easy-to-read, kid-friendly reference book.
Comedy & Humor, Grades K-5, Horror & Gothic, Male Author, Middle Grade, Nonfiction

Eric Elfman is a popular visitor to middle schools. Whether addressing an auditorium full of kids, a classroom, or a small group of hopeful writers, Eric’s interactive presentations and workshops keep kids spellbound and engaged. His goal is to inspire students to read more and to encourage them to write; to show them that writers are real people, too; and to reinforce the message that everybody has a story in them.

He starts with how he became a writer, presenting some of his early efforts, which kids always enjoy: a clip from a horror movie spoof he wrote and co-directed in high school, Attack of the Killer Peanuts, or a clip from Captain Harlock, a Japanese anime that he wrote English language dialogue for (his first paid writing gig). He’ll also show a clip from an episode of the X-Files, then read the same passage from his novelization of the episode.

Eric’s interactive presentation on Nikola Tesla has been enjoyed by classrooms throughout the nation. He’ll discuss the many steps in the writing process, from research, through developing an idea, writing a first draft, and revising. The passages he’ll read from books he’s written, such as Almanac of the Gross, Disgusting & Totally Repulsive, or co-written with Neal Shusterman, such as Tesla’s Attic and I Am the Walrus, will keep students entertained, and also teach them something.

The remainder of time he devotes to answering students’ questions, whether about the writing process, his life as a writer, working with a co-writer, Tesla, getting published, etc. He is happy to talk about whatever the students are interested in.

“This collaboration between Shusterman and Elfman tempers the scarier elements of Nick’s quest with deft, humorous writing and plenty of the ordinary adventures of a new kid in school finding his niche. Hand this one to fans of Rick Riordan’s Kane Chronicles or Kenneth Oppel’s Airborne.”—Booklist

“Shusterman and Elfman have crafted a plot more devious, characters far quirkier, climaxes (yes, there are two) more breathless, and a narration much, much funnier than recent mad-science offerings. Sticking with a third-person narration frees the authors to be as wryly and sophisticatedly witty as they please without compromising the veracity of their middle-school cast, resulting in storytelling as delightful as the story being told.”—BCCB Starred Review 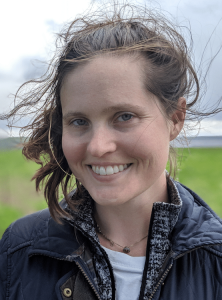 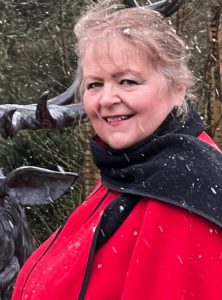 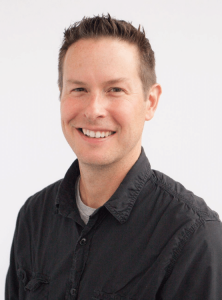 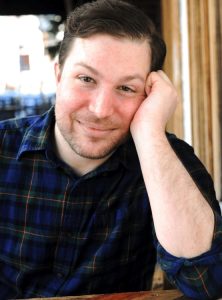 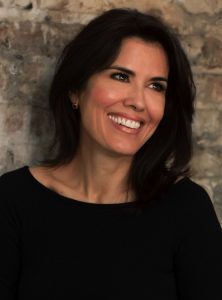