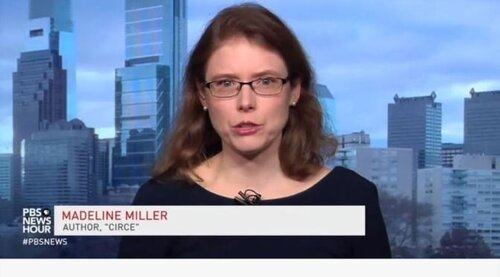 Madeline Miller, author of the December pick for the PBS News Hour-New York Times book club, Now Read This, joins Jeffrey Brown to answer reader questions on Circe. Audience members ask where the inspiration to expand on Circe (originally a minor character in the Odessy) comes from. Miller says her interest was peaked as a child when she learned of Circe, a witch who turned men into pigs. Even at an early age, Miller noticed complex female protagonist where ‘thin on the ground’ in Greek mythology and that Circe, with a little imagination, had the potential to fill that void.

Fall 2020 Spots on Madeline’s schedule are filling fast… get in touch to explore a visit with her!