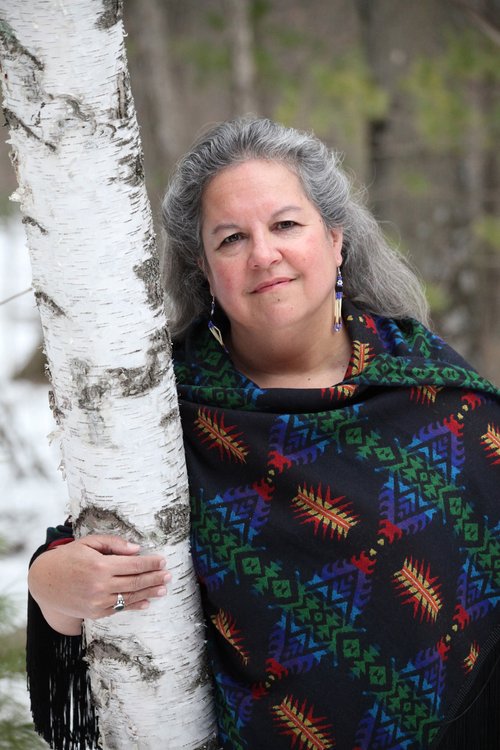 Distinguished author and scientist Robin Wall Kimmerer will join Humboldt State students, faculty, and administrators for a virtual discussion on how HSU can incorporate Traditional Ecological Knowledge (TEK) into a future polytechnic curriculum. This and other events support the ongoing process of implementing plans outlined in the Polytechnic Self-Study.

“Poly-TEK?” is scheduled for Wednesday, December 8, 4-6 p.m. Kimmerer will be joined by a panel of HSU leaders including Provost and Vice President of Academic Affairs Jenn Capps, Native American Studies professor Cutcha Risling Baldy, and Environmental Studies Professor Sarah Ray. The virtual discussion is free and open to the public, and will conclude with a short Q&A;session. HSU students and the community are encouraged to attend and participate.

Kimmerer is a Distinguished Teaching Professor of Environmental Biology at the SUNY College of Environmental Science and Forestry in Syracuse, New York, where she is also the director of The Center for Native Peoples and the Environment. An enrolled member of the Citizen Potawatomi Nation, Kimmerer’s 2014 book, Braiding Sweetgrass: Indigenous Wisdom, Scientific Knowledge and the Teachings of Plants, has sold nearly 500,000 copies worldwide, and brought widespread acclaim to her ideas about nature, ecology, and Indigenous knowledge. Read the New York Times review of Braiding Sweetgrass.

“Robin Wall Kimmerer’s holistic approach to understanding the natural world is grounded in her lived experience as an Indigenous scientist,” says Capps. “We are so honored to have her lead this important conversation and help shape our future as a polytechnic university that values many ways of knowing.”

HSU’s polytechnic vision includes building on longstanding partnerships with local tribes. HSU is located on the traditional homelands and unceded territory of the Wiyot, and the local area is home to several Tribal Nations who are leading the way in managing and co-managing their traditional lands, waterways, airways, and natural resources with methods that include traditional values and traditional science coupled with Western science practices.

The University is also home to some of the oldest Native and Tribal programs within the CSU and UC systems, including its nationally renowned Native American Studies Department, in addition to student support programs resources such as the ITEPP (Native American Center for Academic Excellence) and INRSEP (Indian Natural Resources, Science & Engineering Program + Diversity in STEM).

Indigenous knowledge aligns with HSU’s polytechnic vision because it is fundamentally interdisciplinary and applied. It’s also at the forefront of cutting-edge research interventions in the sciences and Western academic institutions. Incorporating this wisdom provides students an awareness of humans’ legacy of living reciprocally with the land, a holistic understanding of the world, and significant opportunities for hands-on field work.

“HSU holds the potential to be unique in the CSU and among other polytechnics by centering Indigenous knowledge and honoring our location on Indigenous land,” says Ray.