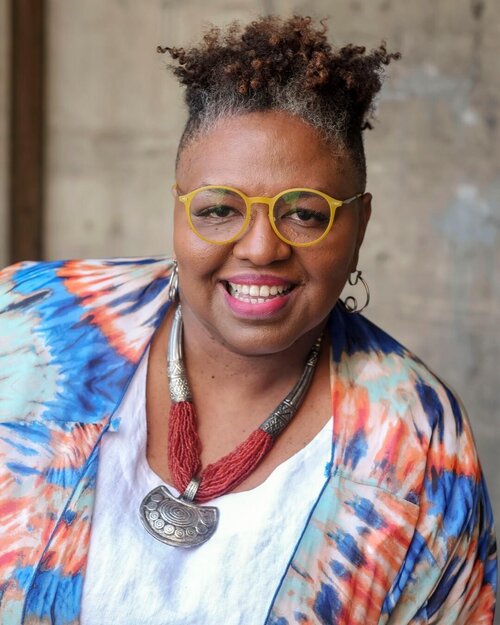 She is the first Black woman to hold this role, according to a KAC news release.

“It feels glorious to be named Kentucky Poet Laureate,” Wilkinson said in the release. “It feels like a validation of my life’s work… It feels like coming home to be part of the legacy of Kentucky letters” to join other Kentucky literary artists such as Sena Naslund, James Baker Hall and Frank X Walker by holding this role.

A founding member of the Affrilachian Poets, Wilkinson is known for her short stories, essays and poetry. She’s a USA Artist Fellow and has won other national awards for her work.

Perfect Black, her fourth book and first collection of poetry, will be published by the University Press of Kentucky in August.

Along with her partner, artist Ronald Davis, she founded and edited Mythium: A Journal of Contemporary Literature, which showcased and celebrated writers of color. They also co-owned Wild Fig Books and Coffee in Lexington, which closed last year.

As the state’s poet laureate, she’ll serve a two-year term, elevating the literary arts across Kentucky through public readings and presentations of her work.

“I hope to amplify the wondrous variety of Kentucky stories by going to libraries, either via Zoom or in-person,” she said. “I’m interested in stories from different cultures.”

She’ll receive $6,000 toward travel expenses during her term, according to KAC’s description of the non-salaried position.

In a statement, Gov. Andy Beshear said he was proud to appoint Wilkinson to the prestigious role.

“Crystal is not only a writer, she also is an educator who has dedicated her career to shaping the minds of future generations,” he said. “We are honored that she is willing to share her writing talents with every Kentuckian.”

Wilkinson will be inducted April 23, Kentucky Writers’ Day. The ceremony will be streamed on Facebook.

Ahead of the event, the arts council is asking Kentucky writers of all styles to create and submit videos of themselves reading their work.